The Lady Brahma Golfers had a great round of golf, both as a team and as individuals, at the San Clemente Lady Triton Individual, also known as the Rainbow Sandal.

The Brahmas won the team championship for the 3rd straight year, shooting a 7 over par 372.

Diamond Bar High School sophomore Emma Han shot a two under par 71 to win the “BIG SANDAL” and get her name engraved on the Surf Board of Champions in the pro shop.  Emma Han follows the footprints left in the sand by last year’s individual champion Crystal Wang who is playing at Illinois.  Senior captain Kailie Vongsaga took second place in individuals with an even round 73.

The Brahmas had career rounds as Brahmas from the underclassmen with sophomore Emma Han 71, sophomore Alicia Kuo 75 and freshman Irene Park 77.

The Brahma varsity play state runner up Troy and rival Walnut next week. 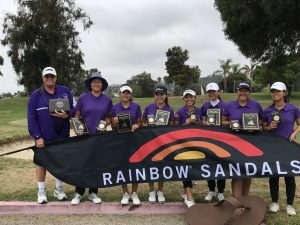 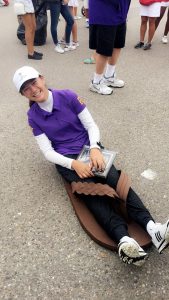