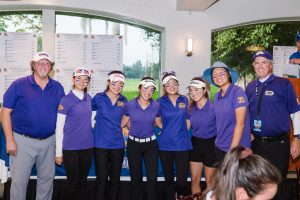 With 40 years of coaching high school sports, Diamond Bar girls golf coach Tony McCabe knows what it takes to win sectional and state championships.
“I don’t like to talk about winning at all,” McCabe said. “I want them to do the best they can and play well.”
That’s precisely what the Brahmas did Thursday, November 13, 2019, as they finished in third place at the CIF State Southern California Regional at Brookside Golf Club.
Diamond Bar also qualified for the CIF State Championships on Tuesday at the historic Pebble Beach Golf Course.
Troy (392) took the team title, Mater Dei Catholic High School of San Diego (396) finished second, followed by Diamond Bar (400).
Diamond Bar senior Angelica Kusnowo was the team’s top player, posting a 1-under-par 71, which was good enough for a third-place finish. Diamond Bar’s other top finishers were Irene Park (80), Alicia Kuo (82), Emma Han (83) and Esther Lee (83).
“Even though we didn’t play great, like making birdies, a bogey down the stretch was big for everybody,” McCabe said. “Our girls knew that they had to get pars and bogeys to be successful (Thursday). We had to take care of things first and qualify for the big tournament. It was our goal to get back to state, and it’s nice to be able to go back for another year.”
Kusnowo got her round off to a fast start as she birdied the sixth and eighth holes to jump out to an early lead. She also birdied the tough 11th and 12th holes that gave her a two-shot lead over Vista Murrieta’s Venecia Zara. She lost the lead in the final stages of the tournament as she bogeyed the first and third holes.
“You love it when any player puts in a round like that, but Angelica has been doing that for four years,” McCabe said. “She has won four CIF titles as a team, she has done all the individual things, and I hope she’ll be part of a senior group that will guide us to our goal at the end.”
Walnut’s Tiffany Le, the area’s most consistent golfer all season, posted three birdies and made the cut for the state tournament at 2-over 73.
“Compared to my practice round earlier this week, the course played a lot tougher today,” said Le, who won the Hacienda League title in October. “The greens were much faster today. It took me by surprise a little bit.”
The key to Le’s success was her ability to handle the challenging conditions. The junior finished the back-nine at even par with birdies on two of the Brookside’s toughest holes, the 10th and 14th.
“I thought the cut was going to be at (1-over), and I was trying to get there,” Le said. “Last year, I missed going to state by one stroke. It was really disappointing. It’s nice to be on the other end and playing next week.”
Chino Hills’ Emma Tang birdied four out of the last five holes she played and also made the cut at 2-over 73.
El Camino’s Jasmine Leovao won the tournament on the first hole of a playoff against Crista Izuzquiza of Coronado. 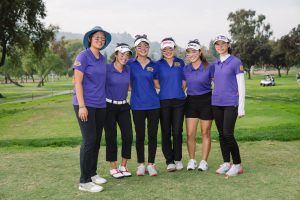 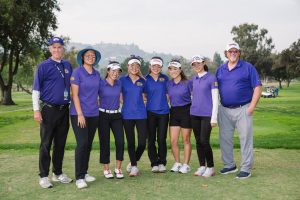 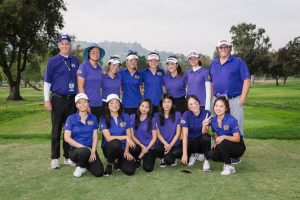